Walking and Hiking in La Alpujarra 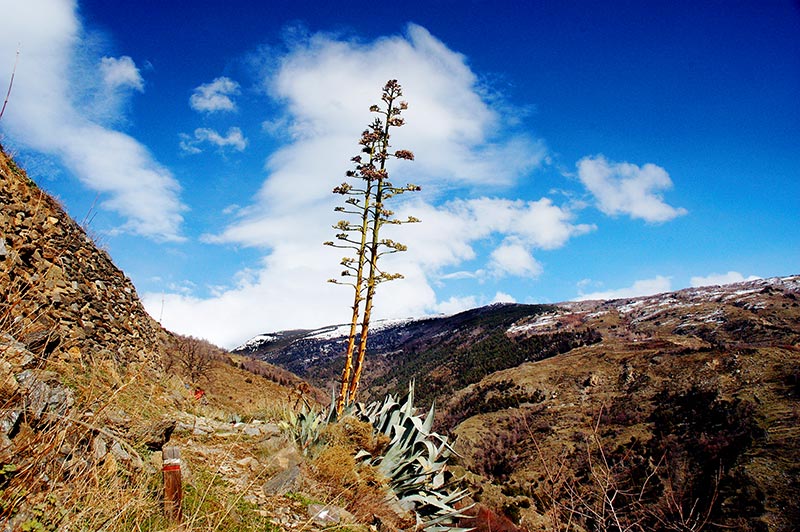 This is a perfect region for walking. You don’t have to drive to get to the beautiful countryside, you are already in it. From half an hour to a whole day, there is everything from gentle strolls to energetic hikes up 10,000 ft peak; it is all here.

Granada and the Alhambra 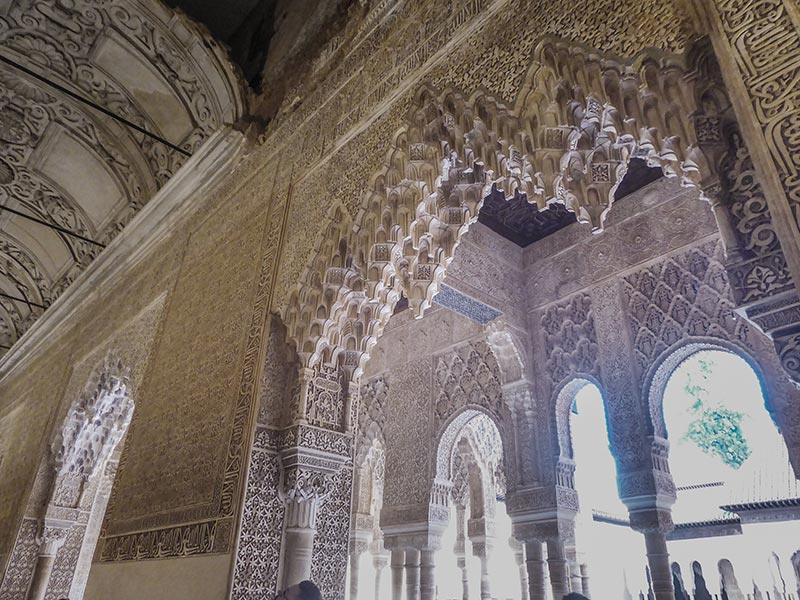 One hour’s drive north from where we live is Granada, once the home of the renowned poet, Garcia Llorca. The city is famous for its Moorish neighbourhoods, the Albazin, (pronounced Albythin) and Sacromonte. Moorish architecture reaches a peak in the world famous palace, the Alhambra, which is a must for any visitor to Granada.

The city centre is a maze of small streets and cosy palm-lined squares. In the evenings there are flamenco performances, especially in Sacremonte, the gypsy area. The city  attracts top performers from all over Spain. Half an hour’s drive from Granada are the peaks of the Sierra Nevada, covered in snow until June. There is a ski resort here, open until March. 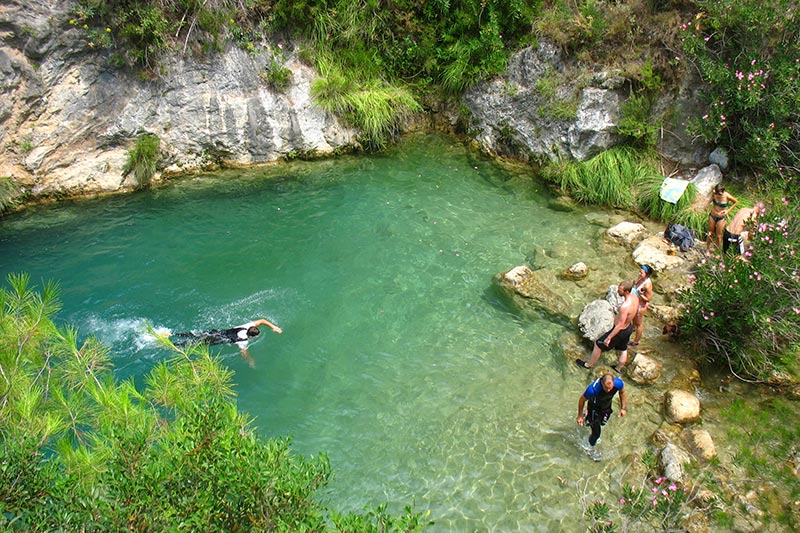 The Rio Verde is a beautiful light green river with jungle-like vegetation.

With a guide you descend the river by jumps, natural waterslides, swimming and abseiling. But you can also go there for a swim and a picnic. 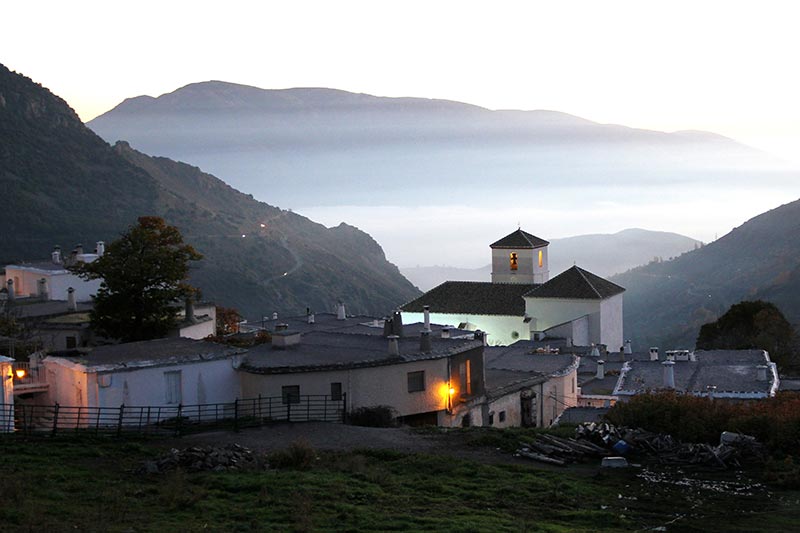 The landscape of the Alpujarras is dotted with ancient whitewashed villages. The block shaped houses huddle together on steep mountainsides, their conical chimneys with “witches hat” rain covers are a sight exclusive to our local valleys.

Walking the narrow streets of these “pueblos blancos”, you will feel transported to the past as so much of what you see is old and original. Many of the villages such as Pampaneira and Bubion have shops selling local specialities like rugs and ceramics, often very cheap, or foods such as hams, honey and olive oil. 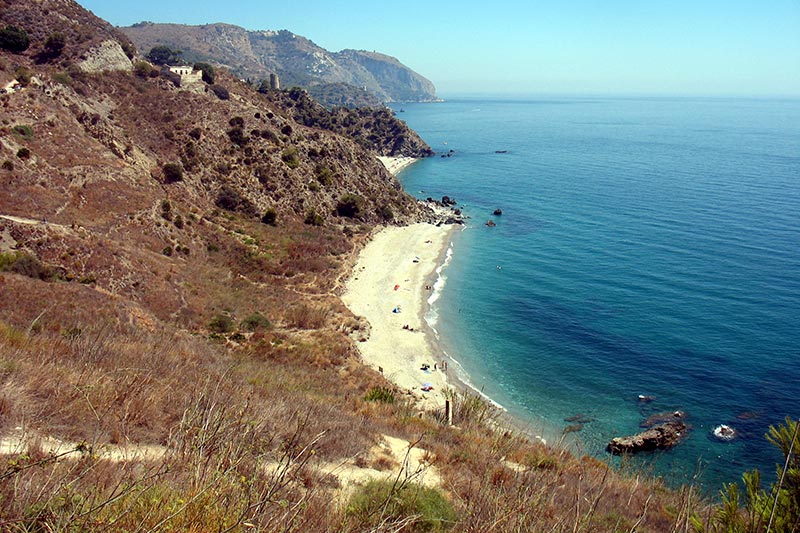 The azure blue Mediterranean Sea is just 45 minutes away by car or bus. The coast is known as the Costa Tropical or the Costa Tranquilla and enjoys a subtropical climate. There is an abundance of exotic flora like mango trees, bananas, papaya and custard apples and beautiful flowering plants all the year round.

The small towns along this part of the coast are attractive and unspoilt with plenty of opportunities for shopping or relaxing in one of the many beach bars and restaurants. Between the towns are many completely wild beaches, some without even a cafe, if you feel like exploring. 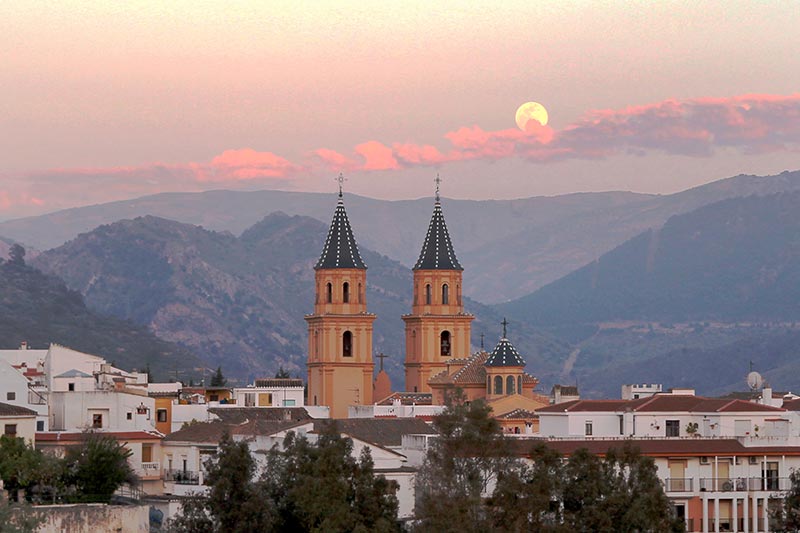 Not far from Bayacas, after a 30 minute walk by the stream, or a short drive along a spectacular mountain road is the small town of Orgiva. An attractive town with a colourful weekly market, Orgiva has all kinds of shops, cafes and restaurants.

Many nationalities have made their home here and there is a thriving alternative scene, a magnet for travellers and hippies from all over the world. In summer there are flamenco shows, open air cinema and free concerts to enjoy. 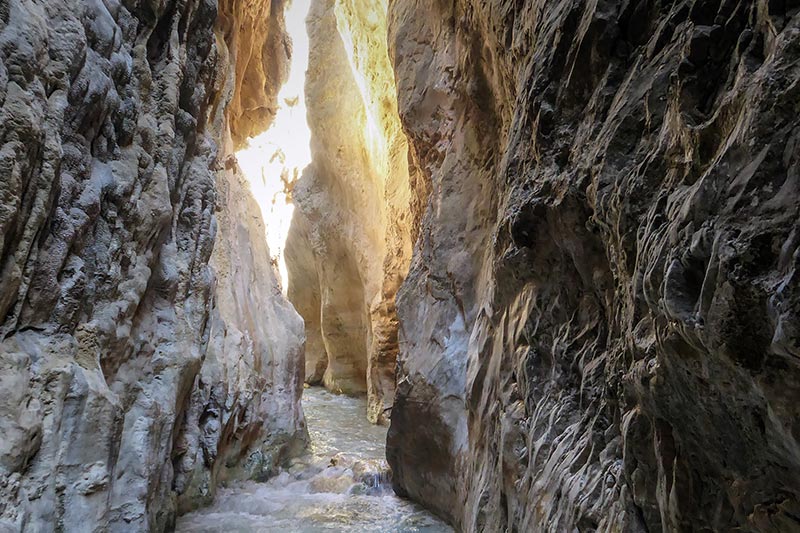 One of the best ways to cool down on a hot summer´s day is to take a walk along the Rio Chillar from Nerja.  Unusually for Andalucía, this route is most suitable for walking during June, July and August, as there is plenty of shade, plus the river to keep you cool.

The scenery is spectacular and there are birds, butterflies, dragonflies, wild flowers, grasses and even sugar canes to be spotted along the way.  If you’re really lucky, you might even catch sight of a mountain goat.

Tree of life in Bayacas 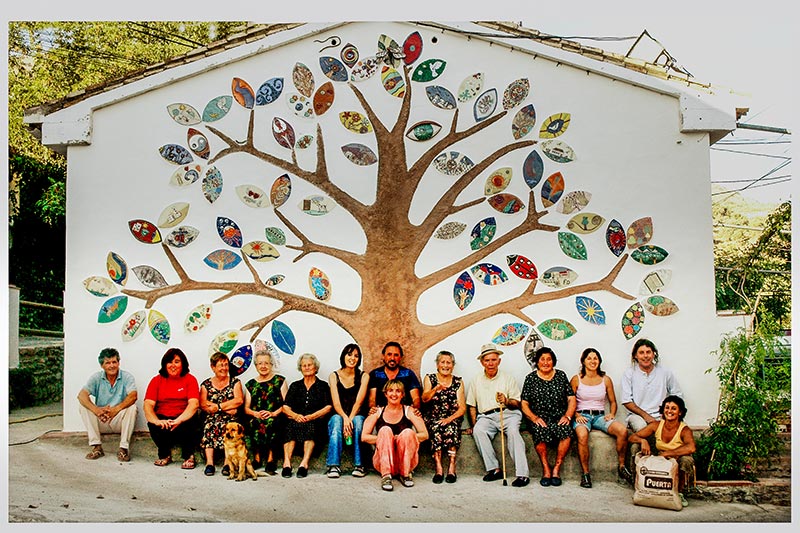 Most of the inhabitants of Bayacas participated in an art project People of all ages and many different nationalities each made a ceramic leaf of the tree expressing their views on how they experience their lives in Bayacas. The result is a wall full of colour and meaning in the middle of Bayacas.

If you´re interested in this project, there a spanish video you can watch: video on Vimeo 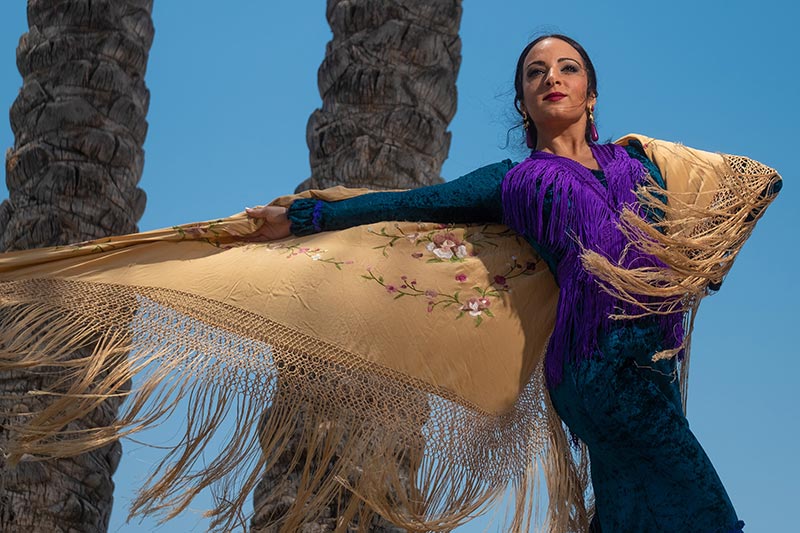 Flamenco is a must-see dance spectacle if you are on holiday in Andalusia! It is probably Spain’s most famous art form. With beautiful dresses, castagnettes and Spanish guitar there is a good amount of passionate singing, clapping and dancing. 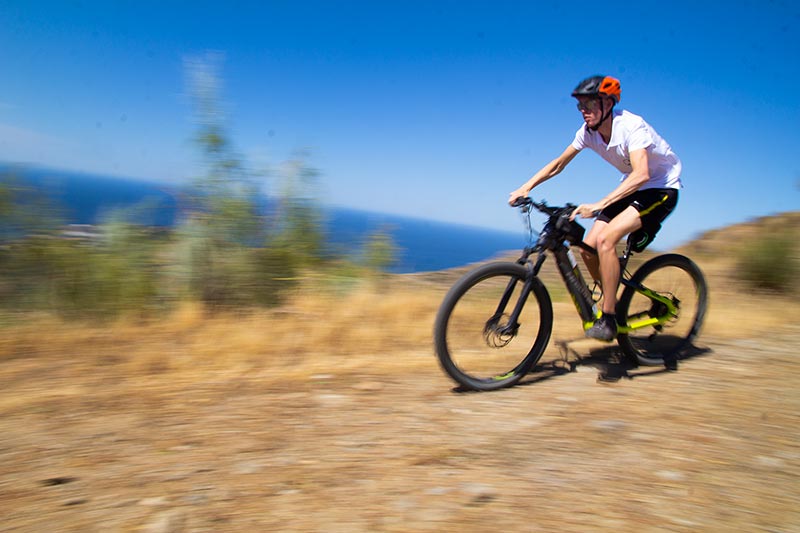 La Alpujarra is a perfect area for mountain bike adventures.